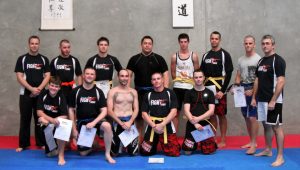 On Saturday 12th February Fightcross held it’s first submission grappling grading, one and a half hours of grappling skills and drills followed by one hour of competitive grappling was set to put the 11 guys grading though their paces.

At the end of the day they all showed that not only did they have the skill sets required by Fightcross MMA but the character and determination to be good Martial artist.