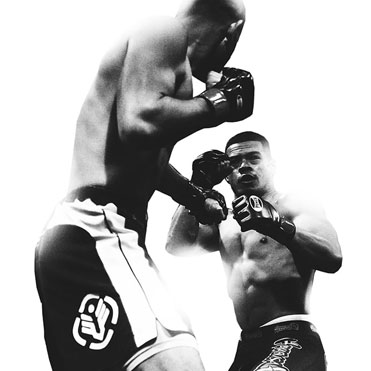 MMA most closely represents the “without rules” scenario of a fight. Traditional martial arts (as taught for sport/fitness) generally have an emphasis on a particular aspect of fighting such as standing striking or take downs without striking and a ruleset that eliminates the need for cross training.

Our classes focus on integration of skills from multiple martial arts into a “game plan” for fighting in standing, transitioning and prone positions. Examples would include instruction in striking while prone and how to utilise the cage in competition. Our MMA classes are designed to be an extension of taking discipline specific classes. Classes are generally focused on skill development and sparring, cardio specific training is rare but is developed extensively through participation. Fightcross holds regular BJJ gradings, these events can seem daunting and exciting wether you are a BJJ fanatic or a casual enthusiast. Is cleaning the mats part of the martial arts training or culture? Is it idealistic to think that mat cleaning could be anything other than just good OH&S practice.