“We kept handing each other compliments despite it being illegal.”

Fightcross teammates Pagan Blight and Nynne Nielsen weren’t going to let a communication rule get in their way last month when the two competed against each other at Grappling Industries.

“It was a nice check-up. Our match reminded me of what Brazilian jiu-jitsu is truly about. It was a hard-fought yet playful roll,” says Nynne,

“I feel like Pagan gave me the armbar which I thought was quite selfless,” says Nynne.

“I saw it differently,” Pagan laughs,

“When you got to that position I was thinking, ‘You’ve got it, I could try really hard to get out of here but I don’t think that is in line with what we are trying to achieve’,”

The submission meant little though in the grand context. 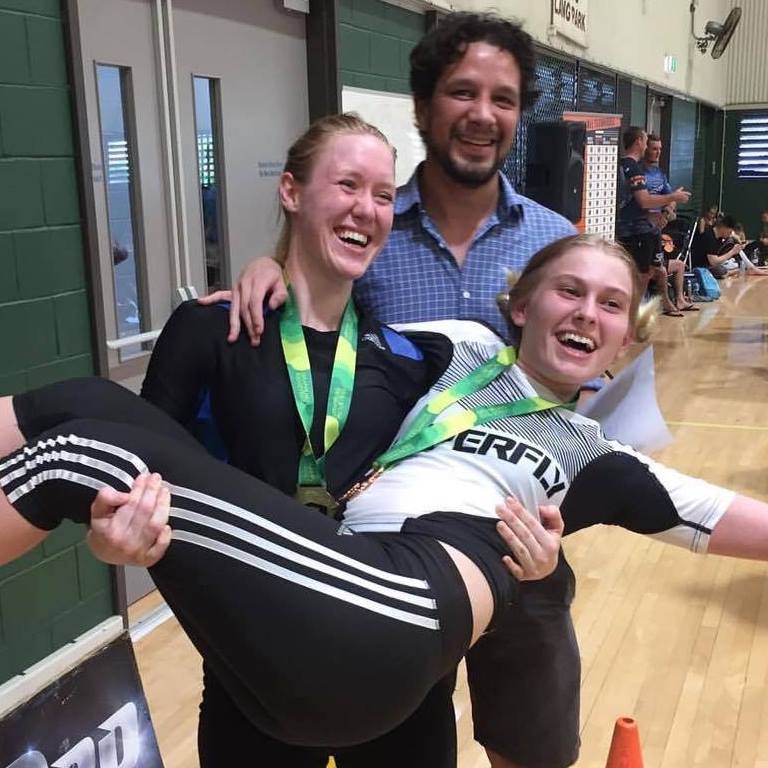 “From competing against Nynne I learnt that everyone you compete against is a person. Everybody is on the same journey and also that everyone is beatable,” Pagan says.

For Pagan, knowing her opponent meant the psychological aspect to competing was minimised,

“Having rolled with Nynne before, I viewed the competition as simply an extension of training. I wasn’t nervous or worried about anything and I could focus on executing techniques.”

Nynne adds that the beauty of being in the same division as a teammate was that she could contrast the benefits of facing both opponents,

“Coming up against a ‘faceless enemy’ means that you are unsure of what you are going to get. Unlike the controlled environment of rolling against someone you know, this gives rise to fears and anxieties. Ultimately though, at least for me in this competition, these fears and anxieties manifest in an improved game,”

BJJ black belt and author of My Mastery: Learning to Live through Jiu Jitsu, Chris Matakas, said “Jiu Jitsu forges friendships in a way I’ve never known…Ultimately, this proves to be one of the most fulfilling aspects of our pursuit of mastery. Along the way, we learn to love others as we love ourselves.”

Nynne acknowledges that BJJ is an accelerator when it comes to friendships,

“You build a deep bond with the people you roll against. You see them in stressful situations and it reveals their character. There are people in my life that I’ve known for a lot longer than Pagan, but probably don’t ‘know’ as well as her.  I’ve seen Pagan roll and I’ve rolled against her. I’ve seen her character. I know she is a kind, compassionate, strong, motivated individual.”

With similar styles Nynne and Pagan ended up with similar colour medals, gold (Nynne) and bronze (Pagan). Both women showcased their determination and skill finishing on the podium as better individuals and better teammates.